Elon Musk On Why Tesla Invested in Bitcoin, Not Dogecoin 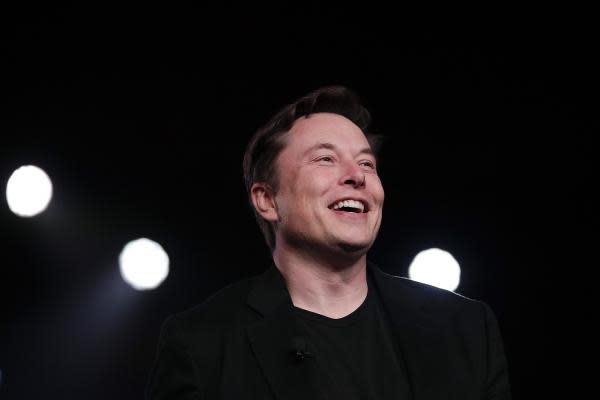 Tesla Inc (NASDAQ: TSLA) CEO Elon Musk on Thursday gave an indication on why the electric vehicle maker invested in Bitcoin (BTC) and not Dogecoin (DOGE) — a meme cryptocurrency often at the center of his tweets. What Happened: The entrepreneur was responding to a tweet that contained comments by Changpeng Zhao, CEO of Binance, where the latter said while he was “surprised that Elon's so gung-ho on Dogecoin,” it was worth noting Tesla's actual investment came in Bitcoin. See also: How to Buy Bitcoin (BTC) Musk said Tesla's investments are not "directly reflective of my opinion." The Tesla CEO added that Bitcoin, which he describes as "simply a less dumb form of liquidity than cash," is "adventurous enough for an S&P500 company," let alone Dogecoin. To be clear, I am *not* an investor, I am an engineer. I don’t even own any publicly traded stock besides Tesla. However, when fiat currency has negative real interest, only a fool wouldn’t look elsewhere. Bitcoin is almost as bs as fiat money. The key word is “almost”. — Elon Musk (@elonmusk) February 19, 2021 Reflecting on his personal stance, Musk noted he is an "engineer" and not an "investor." “I don’t even own any publicly traded stock besides Tesla,” the billionaire entrepreneur wrote. The apex cryptocurrency also came under some criticism from the executive who said “Bitcoin is almost as bs as fiat money. The keyword is 'almost.'” Why It Matters: Last month Tesla invested .5 billion in Bitcoin and said it expected to accept the cryptocurrency for payments in the near future. Musk said in an appearance on the Clubhouse app that he was a “supporter of Bitcoin.” Comments on Twitter by Musk have at times fueled spikes in the price of the Shiba Inu-themed DOGE. BTC hit an all-time high of $51,335.23 on Wednesday buoyed by Tesla’s purchase of the cryptocurrency and heightened institutional interest from other investors like MicroStrategy Incorporated (NASDAQ: MSTR). BTC traded 1.39% lower at $51,332.92 at press time, while DOGE traded 11.05% higher at $0.058. Price Action: Tesla shares closed 1.35% lower at $787.38 on Thursday and fell 0.54% in the after-hours session. See Also: Elon Musk Asks 'Major Dogecoin Holders' To Sell Most Of Their Coins Photo courtesy: Forbes via Wikimedia See more from BenzingaClick here for options trades from BenzingaWhy DODO Cryptocurrency Has Skyrocketed 90% TodayRobinhood To Let Users Deposit, Withdraw Dogecoin And Other Cryptos: What That Means For Investors© 2021 Benzinga.com. Benzinga does not provide investment advice. All rights reserved.